Join us at the Festival! 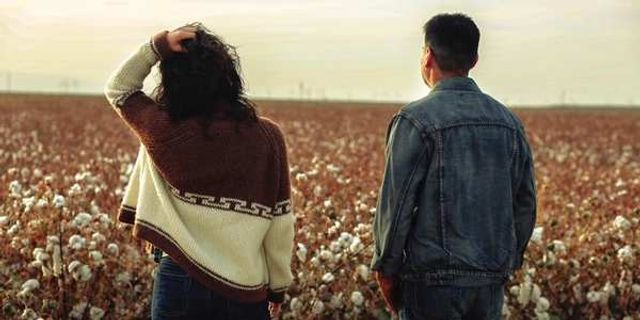 A desperate immigrant accepts a marriage of convenience from an unscrupulous drug dealer and family friend to a young woman running from her past, blinded by her addiction. Together, they search for the “American Dream” that seems to elude them as they travel down a dangerous path with deception and death, as they seek the truth about who they are, and how they fit into America’s distorted landscape.

INTENDED FOR MATURE AUDIENCES ONLY. 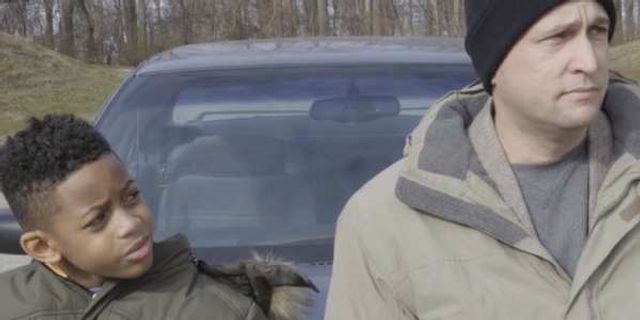 After taking over the family used car lot, Chris Bell squandered most of the meager profits on playing poker, owing more than $10,000. A car lot mogul also offers to buy him out for $250,000. Acting on a whim, Bell takes a donation angel off a Christmas tree hoping that a kind gesture for a stranger might turn the tables on his luck; but he finds out the hard way that luck is sometimes the worst thing to happen.

Aulcie Perry, an African American from the violence-filled streets of Newark, New Jersey, finds his glory in leading Israel’s Maccabi basketball team to European championship, only to fall to drugs and jail time before his redemption and search for his biological daughter. 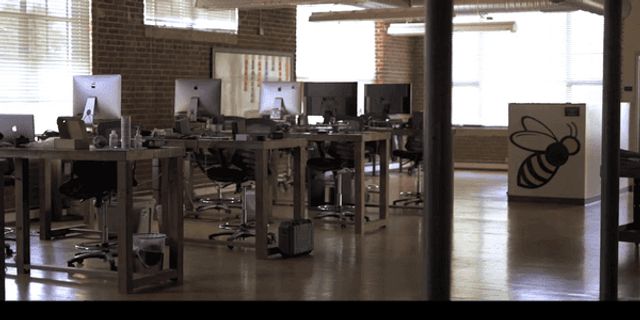 This documentary tells the story of three business owners as they struggle to keep their company afloat while trying to keep their personal lives intact during a worldwide pandemic.

A Matter of Choice 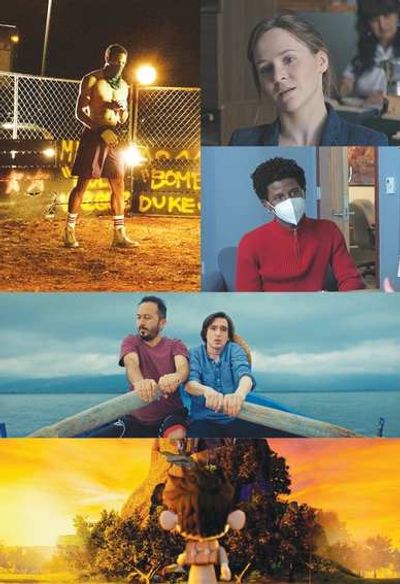 LIFELINE: THE BROTHERS WHO HOLD THE SAME BREATH

THE BOY AND THE MOUNTAIN 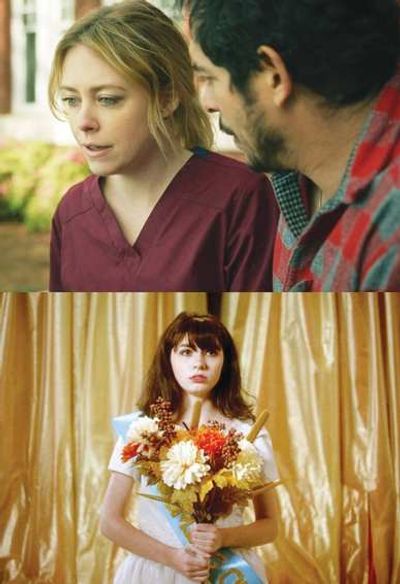 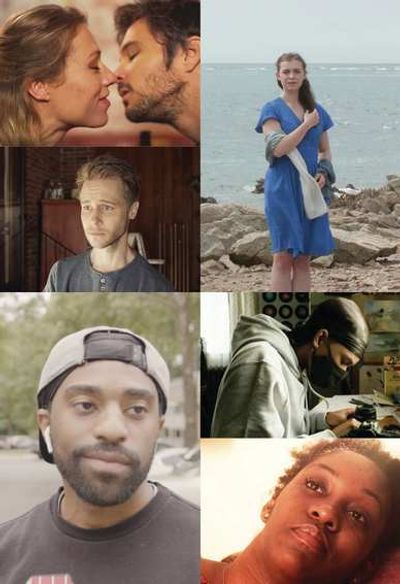 “It takes a man with real heart to make beauty out of the stuff that makes us weep.”

YOU KNOW HIS NAME 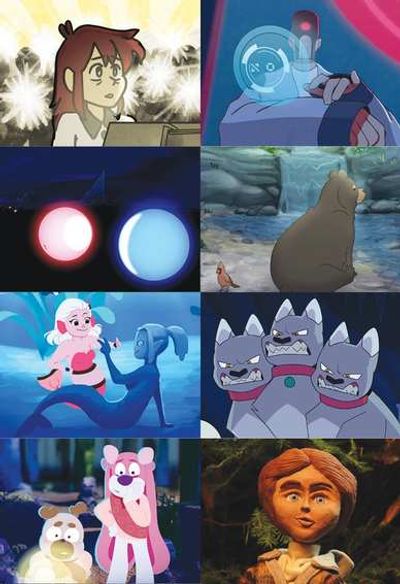 “Animation can explain whatever the mind of man can conceive.”

CHLOE AND THE FIVE ELEMENTS

The Height of Laughter 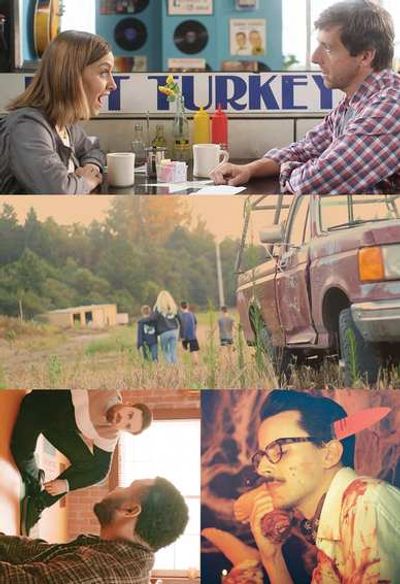 “At the height of laughter, the universe is flung into a kaleidoscope of new possibilities.” 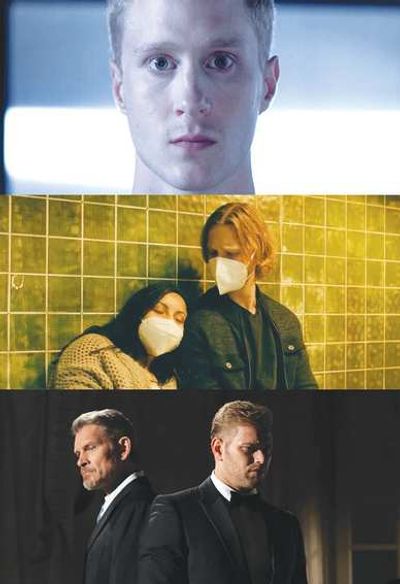 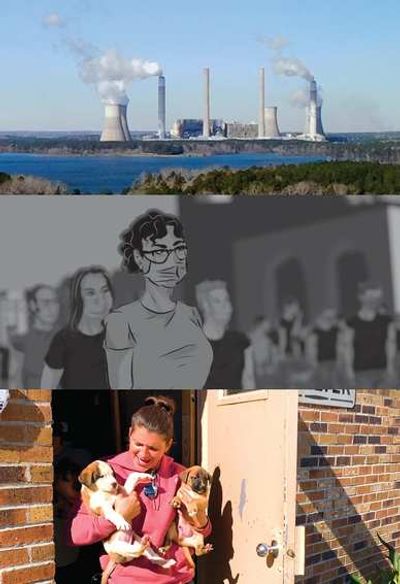 “If you would find happiness and joy, lose your life in some noble cause. A worthy purpose must be at the center of every worthy life.”

A girl falls into the five elements while walking in the woods.

A short animation about the beautiful yet complicated stages of the relationship between a man and a woman who are presented as two fluorescent balls.

Cerberus, a three-headed puppy, ends up on the lord of the underworld’s doorstep and undergoes guard dog training to become useful. Will he remain a cute puppy, or end up the monster he was born to be?

An animated documentary exploring humanity’s relationship with nature through a world of interviewed “animals.”

Maria is tired of her mundane office job and wishes her life were like a musical.

When the going gets ruff, two rival pup scouts have to work together to investigate the mystery of their missing treats.

A mermaid is missing her friend. But when a stranger is dropped into her life, will she accept a new hand in friendship?

Hernán, pushed by his father to dispense with daydreaming and reach high, achieves great success. Hernán, however, makes a crucial decision to fulfill his dream that changes the meaning of his life.

Genderless children are forced to become “adults” at age 12, giving up their emotions, memories and individuality. The discovery of a unique device reveals the rigid city’s history and allows them to escape.

Aulcie Perry finds glory in leading Israel’s Maccabi basketball team to European championship, only to fall to drugs and jail time before his redemption and search for his biological daughter.

The story of three business owners as they struggle to keep their company afloat while trying to keep their personal lives intact during a worldwide pandemic.

A desperate immigrant and addicted young woman, in a marriage of convenience, search for the “American Dream” that seems to elude them. Every dream has a crossroads.

Chris Bell, a car lot owner, loses all the profits on playing poker.  He hopes that a kind gesture for a stranger will change his luck, but luck sometimes is the worst thing to happen.

A day of rescue in the fields and dog pounds of western Tennessee as Amber Reynolds sheds light on the unhealthy conditions of shelters and consequences of ignoring our country’s homeless animals.

A young Lebanese woman recounts her story about the aftermath of the Beirut explosion. Through helping with the cleanup, and the protest that followed, her faith in her country comes into question.

A story of what happens when people galvanize their community, question their political leanings, and work to hold their representatives accountable, all in an effort to have good water in Juliette, Georgia.

Four siblings walk down memory lane with the family’s old, beat-up Ford truck. Their love is tested when the truck acquires a new, controversial accessory. Will they still love their old friend?

A widowed astronomer struggles with the loss of his wife as he obsesses over his failure to capture a star in his observatory. One night, he manages to catch a star that takes the appearance of his dead wife.

A struggling jingle writer befriends a nurse after a failed suicide attempt.

What would happen if music was about to disappear? If all of a sudden, all the melodies in the world are already composed? If no new song could be invented? How would mankind react?

Ava experiences a tumultuous miscarriage and grapples with the reality of her baby’s death. Even with her husband’s support, she is flooded with intergenerational fears of hospitals and birthing.

A scientist makes a massive artificial intelligence technology breakthrough, but the origins of her research spark a federal investigation.

A man and woman try to stave off an affair by confessing their deepest, darkest secrets.

Dasha, a young biologist, prepares to defend her PhD. A story about the conflict between science and religion, love and suffering, between what Dasha wants and what others push her to do.

Jonas Olsen, a chess player haunted by a tragic past is given an opportunity to participate in a mysterious game, Divertimento.

A delivery driver becomes involved in a customer’s family situation.

First-time director Ravyn is confronted by an established producer about recasting their lead actress. But by challenging the bias underlying his decision, Ravyn could end her career before it starts.

A modern-day Cain and Abel story, two brothers embark on a treasure hunt.

A young fighter Miles and his coercive father have dreams of being the best in the underground MMA league. Believing he accidentally killed someone, Miles struggles to confront his father and agent.

Best friends Kurt and Carter find out that living together may not be as easy as they thought when their competing lifestyles clash. After a huge argument, Carter wakes up to find he has gone sideways.

Silas comes to terms with his estranged father’s death by finishing his father’s final taxidermy job.

A student’s increasingly intimate line of questioning causes his interview with a local horror host, Myster Synonymous, to take a vulnerable turn as they discuss identity, fandom and their futures.

A painter gives three magic pills to his visually impaired girlfriend, then intentionally loses her in the crowd. Thanks to a painting and the pills, she will search for the painter and his secret.

After the death of her mother, a sullen teenager copes with isolation and punk music. But a friendship with an elderly woman in a retirement home slowly helps her express and overcome her grief.

A black teenager prepares for a photo shoot with his close friend. Dodging his mother’s requests and staying out later than he should, a discussion on futures and dreams culminates in a difficult drive home.